So basically Jump Festa is a Mega Anime event that is scheduled every year Jump Festa to give us new information about the upcoming Movies, Anime sequels, new anime adaptations, and upcoming arcs. So, if you are an anime fan this post is for you because there are some big announcements in this event. 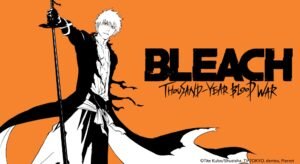 After long wait Bleach final arc “Bleach: Thousand Year Blood War” is announced. This will be the final arc of bleach anime and according to some sources, this arc will be around 50-60 episodes long. It will begin in October 2022, and the trailer of this arc is also released. 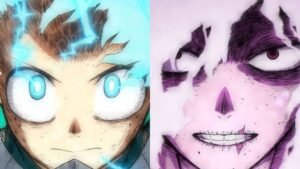 This arc is the most awaited or nail-biting arc of the whole My Hero Academia manga. In this Arc main antagonist, Tomura Shigaraki will finally make his move. This arc will take place after the training arc. It will begin on 6th October 2022. Watch the trailer below! 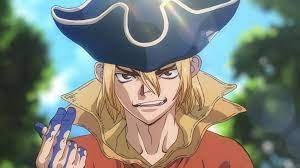 This will be the 3rd installment of Dr. Stone Anime by TMS Entertainment. This arc will take place after the Stone Wars Arc. So, be ready to discover more with Senku the main Protagonist.  And this anime begins in 2023 and the trailer is also released.

Jujutsu Kaisen 0 is the first of the Jujutsu Kaisen Movie written by Gege Akutami and produced by my Mappa Studio and it will be a 1hr 45 min long movie. This movie is scheduled for 24th December 2021 in Japan and the date for outside Japan is still yet to be announced.

After 4 years there is some Dragon Ball content is coming and this time it is a movie in which the old Dragon Ball Evil Organization Red Ribbon Army will do dirty some business. And in this movie, we can see Broly and Our old Badass Gohan in action, which you can see in the trailer. And this movie is set to release on 22 April 2022 in Japan. So, let’s see if it exceeds our expectations. 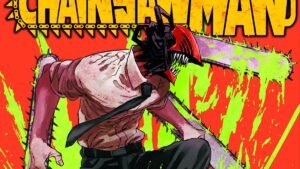 Overlord is a Novel series which is first adapted into anime in 2016, from that time till now there are 3 seasons of Overlord anime. And this will be the 4th season and this series was written by Kugane Maruyama and an anime produced by the same studio that produced Death Note, Hunter x Hunter that is Mad House. And the trailer of the trailer 4th season is below.

8. Black Clover is Getting a Mobile Game

As you know, Black Clover is a famous weekly shonen Manga that was written by Yuki Tabata and it is still in continuation Since Feb 2015 and studio Pierrot made the Animation from the Manga.
A 4-minute game trailer has been released for the game. From the looks of the trailer, it should be an open-world game, but we will have to wait for the gameplay release for more information.

Fullmetal Alchemist is currently the highest-rated anime on Myanimelist and this anime was written by Hiromu Arakawa in July 2001.
and now this Anime was getting a Mobile Game.

Fullmetal Alchemist Mobile is a smartphone game based on Hiromu Arakawa’s dark fantasy comic series Fullmetal Alchemist, which has surpassed 80 million units!
The original story and battle scenes are brought to life in high-quality 3D CG, and the world of the evocative masterpiece is reproduced in excruciating detail.

5 Best Anime To Binge On Netflix India This Weekend

10 Underrated Anime You Must Watch

Blue Lock Anime Trailer Released: One of the best of 2022

One Piece released 1000th episode. Here are some interesting things you need to know